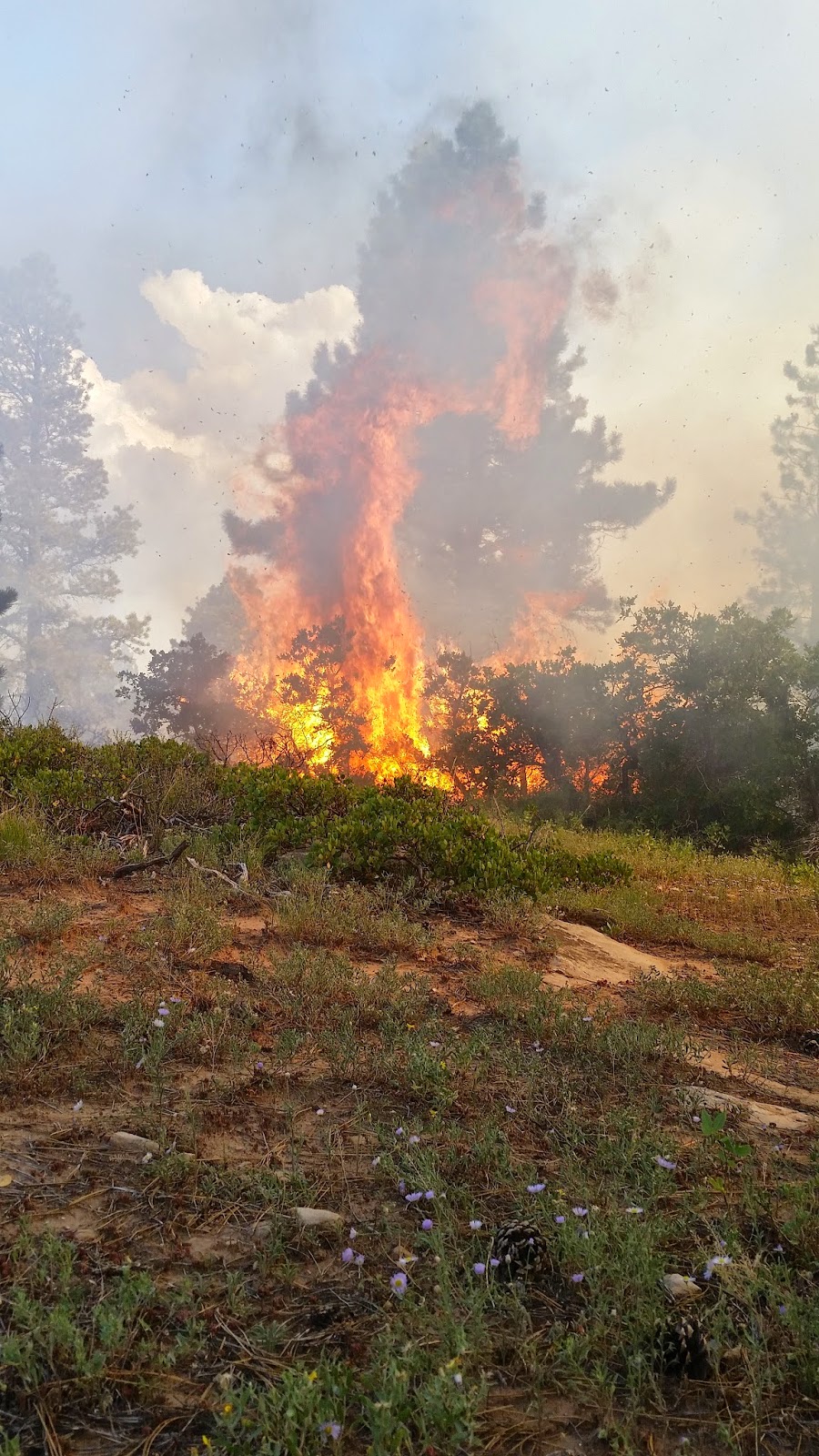 The Bench Fire on the Grand Mesa, Uncompahgre and Gunnison National Forests continues to be managed for multiple objectives. The Fire is mimicking low to moderate natural burning conditions within the Uncompahgre Plateau ecosystem. A five-person engine module (firefighters) is staffing the fire and they continue to manage it to burn manzanita and oak brush amidst scattered ponderosa pine to reduce fuels and regenerate grass and forbs for wildlife.

On Monday, the fire continued to burn southward and has increased in size from 14 acres to 34, since its discovery late Saturday afternoon. The peak burning activity generally occurs from 1 PM to 7 PM. Smoke from the Bench Fire is visible from Utah, Gateway and from the Divide Road on the Plateau; however, the weather forecast predicts moisture in the fire vicinity for Tuesday through Thursday.

The Corral Fork fire, reported late last Friday, has had no growth and is emitting minimal smoke. The fire received moisture on Monday and is anticipated to be contained or extinguished this week with additional forecasted moisture.