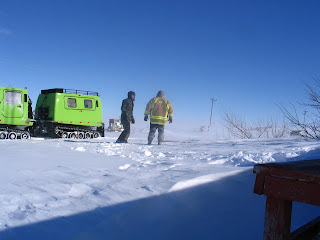 While yesterday we focused on travel tips/safety under Colorado's Winter Weather Awareness Week, today we shift focus to winter weather advisories, watches, warnings and all the other terminology that accompanies the notice that winter conditions are either on the way or ongoing.  Today, we will cover both the terminology and also how to gain access to it using Colorado-specific points for information.

Winter weather conditions arguably have the most fascinating and colorful language of all the weather periods.  Starting with horrifically-sounding "thunder snow" (thunderstorm where precipitation is snow rather than rain) to the equally attention-grabbing "snow eater" (term used to describe warm, dry wind that melts snow) or even "freezing drizzle" (describes condition where small water droplets freeze upon contact with a surface), winter weather is abound with great terms.  Incidentally, our other non-winter weather terminology favorites that could also double as rock band names?  Hail Core.  Fire Tornado.  Wall Cloud.

The most important words, of course, according to our friends at the National Weather Service, are: 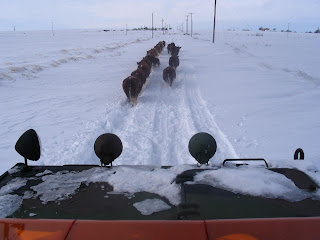 There are a number of ways in Colorado to keep up with the advisories, watches and warnings.   As with all emergency public information and warnings, the best practice is to monitor a number of different information points.  So, where can you go in Colorado for advisories, watches and warnings?
And for the best information regarding your own emergency kits for your home/car, for tips on creating a family communications plan and much, much more, keep up with READYColorado at http://readycolorado.com
at 10/26/2010 09:29:00 AM